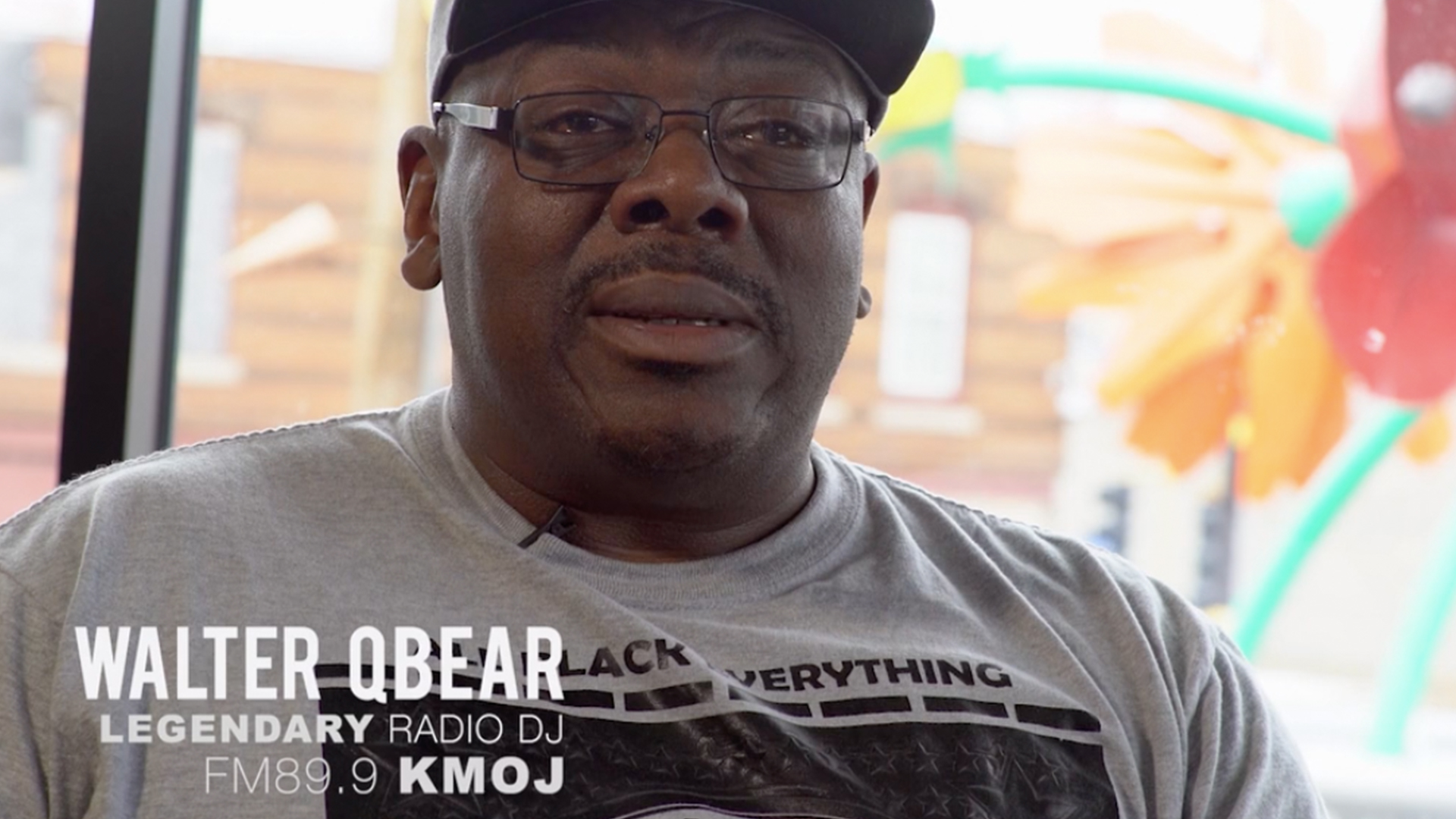 By Daniel Dor5 November 2021No Comments

We’ve just finished loading the van to the roof and the team squeezed in for the first location shoot in Minneapolis: KMOJ, to meet with legendary DJ Walter “Q-Bear” Banks.

KMOJ aka “The People’s Station” is located in the heart of north Minneapolis at 2123 West Broadway, only steps away from the Capri Theatre, which is as iconic in the Prince world as it gets. We set up in the boardroom and sit down with Q-Bear. He’s a gentle man with a generous heart, warm and inviting. He’s been with the station for over 40 years and is the heart of the community in every way.

Q-Bear was good friends with Prince growing up. He speaks fondly of those early years and says he was so proud to play Prince’s music on the radio. He shared the history of the station with pride and enthusiasm. His mind was clearly flooding with great memories as he recalled his friendship with Prince, at one moment he became so overwhelmed with emotion that he broke into tears. What a beautiful spirit, I was honoured to meet Q-Bear.

During the discussion Q-Bear realized that our questions were leading us to a focus on the community. He said there’s one man we have to meet, Harry “Spike” Moss. Calls were made, Spike was free and he quickly joined us at the station for a short interview. At this point the lightbulbs were really turning on. We realized instantly that Spike was a community leader and spokesperson for the history of the community. And then he went beyond anything we could have anticipated when he began telling us the story of The Way….