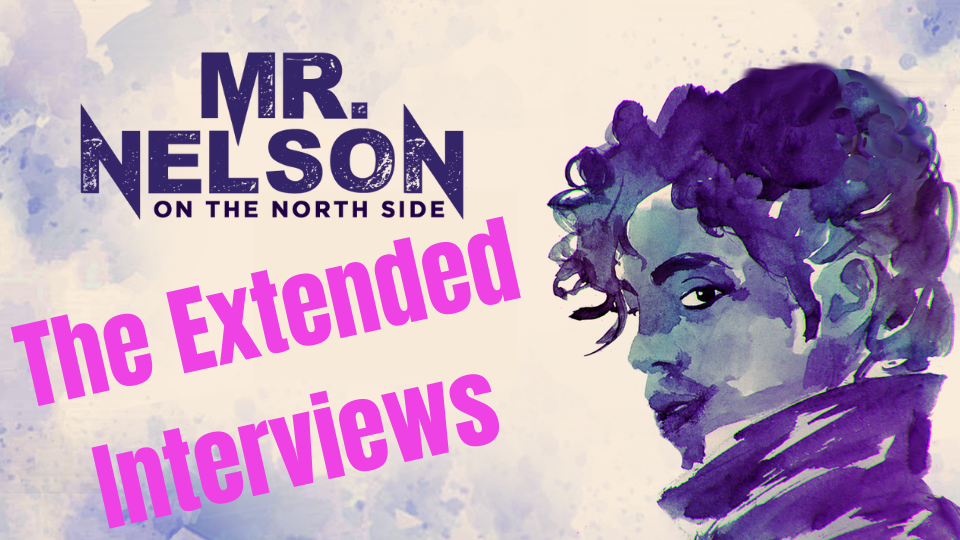 When we finished the film we realized that we had dozens and dozens of hours of interview material which we couldn’t possibly include in the film but that was really, really interesting. In a normal documentary, you’re lucky to be able to use 30 seconds of material from an interviewee, but you’ve probably had the camera rolling for 60 minutes with that person! Not all of it is really “the interview” to be fair, but you can have 20-40 minutes out of that hour with some great insights and stories.

Almost all of the interviews we conducted were in Minneapolis and Los Angeles over several trips in 2018 and 2019. In LA in March 2019, for instance, we shot concert material (which we subsequently decided not to use in the film) and interviewed Robbie Krieger, Muzz Skillings, Danny Seraphines, Orianthi, Michael Whitfield, and Marvin Gaye Jr. On previous trips to Los Angeles, we had sat down with Billy Gibbons, Eddie Kramer, Matthieu Bitton, Julia Gerrard (“Lady J”), Alex Al, Chaka Khan, Brody Brown, Brian Hardgroove, Chuck D and Macy Gray.

I mean there was so much to these interviews! I cried to think what we were leaving on the cutting room floor…

So we thought we would assemble the interviews in such a way that they could sit alongside the film as a companion.

And if we did the work to prepare these now, we’d have everything ready to go in case someone convinced us to put together a special edition Blu-Ray or DVD with all of the extras!

The interviews are available here or click the image below.